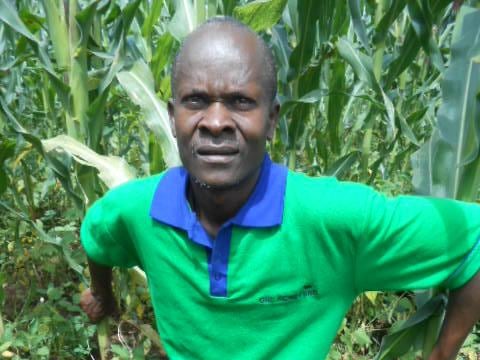 Lawrence's Group's loan finished fundraising, but these other borrowers need your support

Lawrence, a 41-year-old father of two, has been a farmer for more than 20 years and is always said to be a very friendly person. Even though he is the only one featured in the above picture, he is actually representing his group formed by 15 farmers in Alego District, Kenya.

Lawrence started working alongside One Acre Fund a few years ago, in 2014, having decided to do so because he wanted to have access to the best seed prices. Since then, he has seen his life improve, especially in that he has been able to consistently feed his family. This year he decided to represent his group because he wanted to help more farmers.

Lawrence’s Group will receive farming inputs to plant a total of five acres of land. Additionally, some of the farmers will be purchasing a solar light so, with this loan, the group will also receive a total of eight solar lights.