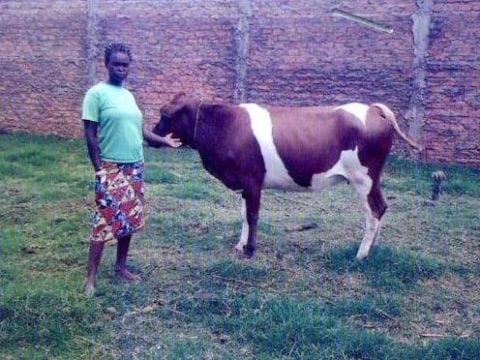 A loan helped to buy quality breeds of poultry and to start a poultry business on her farm.

Janet is a 36-year-old single mom of 5 school-going children. She is a smallholder farmer, specialized in crop and dairy farming, who resides in a remote village in Sotik. Janet has gained much recognition for her farming, which makes her proud.

Though she loves the profits she obtains from selling milk and crops at her local market, she is not completely satisfied. Janet wants to start a poultry enterprise to generate additional income to meet the rising costs of living.

She loves poultry and is confident that she will earn revenue through selling eggs, chicks, and poultry meat. Janet was inspired by the efforts Juhudi Kilimo makes to alleviate rural poverty through financing enterprising women like herself, so she has applied for a loan. Janet has also learned that Kiva lenders are able and willing to support her by lending, which would help elevate her living standards.

This loan will have a lasting impact on her life and the lives of her family members.