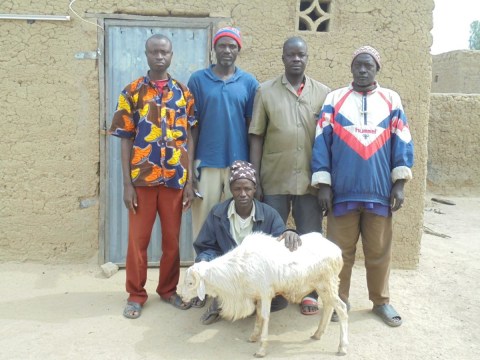 A loan helped to purchase rams to resell in order to look after his family.

Tiecoro is the one with his hands on the ram. An uneducated Malian, 39 years old, he is married and father of seven children; his wife is a housewife.

Tiecoro appealed to RMCR for sufficient funding to carry out his work in dignity, because in the past it was difficult for him to buy enough animals at once for his breeding. He buys from the local markets and resells in the same markets. Often he faces problems in his work such as the animals dying.

The profit enables him to meet some of his family's needs, such as food costs and some medical costs. Tiecoro wishes to have a higher loan to buy more rams in order to increase his profit.