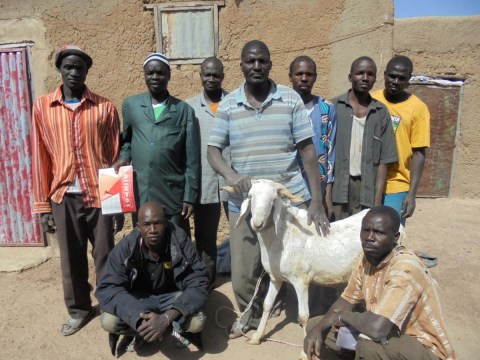 A loan helped to buy animals to resell in order to support his family.

Amadou is the one holding the ram's horn in the photo. A Malian farmer, 45 years old, he is father of four children aged 2-11 years, one of whom is in school. His wife is a housewife.

He is uneducated and has been working with rams for over 20 years. He gets his supplies from the local markets and resells in the same markets. The profit he makes enables him to meet his family's needs.

Amadou appealed to RMCR to develop his work by increasing his turnover. Having learned this trade in his youth, he loves his work: he sees himself participating in the economic development of his community.