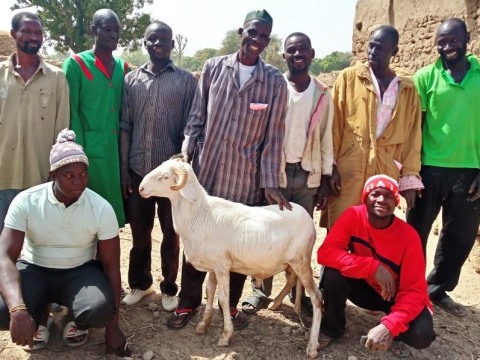 A loan helped to buy animals to resell.

In the photograph, Youssouf, age 51, is the one with his hand on the ram. He's Malian and raises cattle. He's married and the father of eight children, aged 3 to 18. His wife is a housewife. He buys and sells his animals in his locality's weekly fairs. After the sale, his profits vary between XOF 60'000 and 80'000 per semester.

He's been running this business for more than fifteen years. His income enables him to cover medical and clothing expenses and his children's education, and to sustain his family's food security.

However, he often faces a major difficulty in his business: market price of the animals dropping and losses. Youssouf counts on strengthened support from RMCR and its partner.