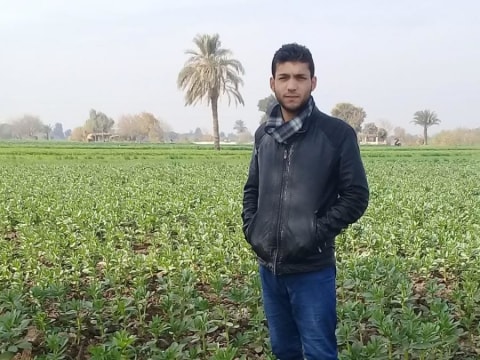 Ahmed's loan finished fundraising, but these other borrowers need your support

A loan helped to buy seeds and fertilizers for potatoes and beans for cultivation.

Ahmed is 24. He is married and has two little girls. He and his small family live in a small village in Minia Governorate. He says that his village's nature is an agricultural nature and he also, like other village people, works in the agricultural field. He has one acre of agricultural land that he cultivates.

He is growing potatoes and beans on the land. He says that he had bought the necessary seeds and tools from traders at high prices and then found himself that the income from the crop sales wasn't bigger than the price he bought the seeds for, so his income wasn't increased.

His wife advised him to ask for a loan and encouraged him. So, he is requesting a loan to buy seeds and fertilizers for potatoes and beans for cultivation to increase his crop and then sell it in a supermarket at a good price. He hopes that the loan will succeed with him and increase his income and save money for the future for his beloved family.