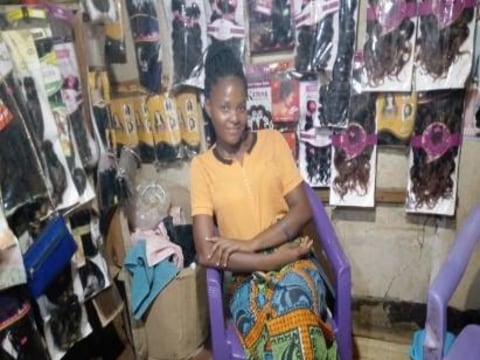 Fatima's loan finished fundraising, but these other borrowers need your support

A loan helped to expand her salon by buying more hair products and accessories.

Fatima is a 22-year-old entrepreneur who lives with her parents in the Nsanje District in Malawi. She is an active member of Cama, the Camfed alumnae association, and was at one point the Cama Chairperson in her district. With Camfed’s support, Fatima has just finished her training as an Agriculture Extension Worker at Natural Resources College.

Fatima also has a hair salon, and she also keeps a few goats at her parents’ home where she stays. Fatima is requesting a Kiva loan to expand her salon by buying more hair products and accessories. She plans to use the profits she earns to invest in her goat rearing business. She will also use the profits to support herself and pay school fees for her siblings.

Fatima will repay the ‘social interest’ on her loan by volunteering 2.5 hours per week as a member of the Camfed alumnae association, Cama, supporting the Cama community by organizing and leading Cama meetings and activities.