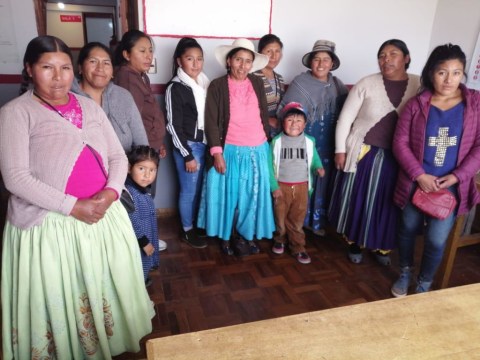 A loan helped to finish building the front part of her house.

Eduarda started working when she was 15 years old, without knowing what that would entail.
Her first position was as a servant in a big household. She stayed there until she had enough money to buy some land, which was far from the centre.
In 2014, she was able to become the caretaker at a Catholic school two blocks from her house. She also sold sweets on the school premises, but this was not enough for her to be able to build the small house she wanted.
Nobody would lend to her, she thought, until Pro Mujer came a-knocking, telling her how she could get a loan to accomplish her goals.
Eduarda has been with Pro Mujer for four years. They have helped her a lot, since, thanks to the loans, she was able to build four rooms of her house, and now lives more comfortably with her four children and her spouse.
Her new goal is to set up a shop at her house, since she no longer works for the school. She would also like to finish building the front part of the house, which currently lacks both an enclosing wall and a garage, in order to make it safer for her children.