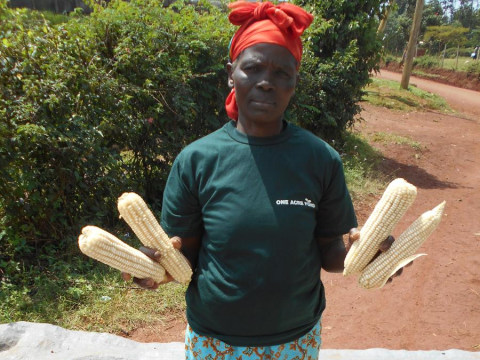 Hellen, pictured above, has been a farmer for 18 years, and she is now proud to represent her group of eight farmers from the Lugari District. She is 40 years old, married and has two children.

Hellen likes to think of herself as a very trustworthy person. She has been working alongside One Acre Fund since 2019 and decided to represent her group because she likes being a leader. She says that being part of the One Acre Fund community has meant that she has been able to consistently feed her family. Hellen plans to use the profits from this coming season to send her children to school.

In total, Hellen’s Group will receive inputs to cultivate 5.75 acres of land. Three members of the group will also be purchasing solar lights.