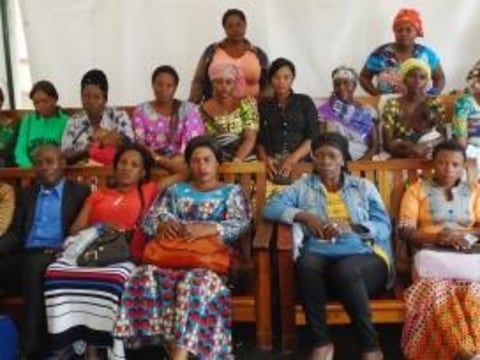 Honette Group's loan finished fundraising, but these other borrowers need your support

A loan helped to stock up on second-hand clothing in bulk to reinforce her initial capital.

Grace is a client of the microfinance institution Hekima and president of the "Honette" banque villageoise. She is married, thirty-nine years old and the mother of four children including three who attend school and one who is still too young. Her partner is currently unemployed.

She sells second-hand clothing. She started this business in 2008 with start-up funds received from her biological mother. Later, she became involved in Hekima's program to support her business, which she has been developing gradually. With this new loan, she will stock up on second-hand clothing in bulk, which will strengthen her initial capital. The challenge of her business is related to buying poor-quality product.

She would like her children to go to school and build a house. She would like to conclude by thanking Hekima and its partners for the support they provide to non-bankable business owners.