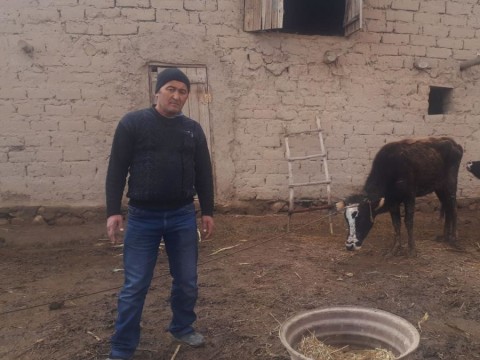 Alijon's loan finished fundraising, but these other borrowers need your support

The person in the photograph is Alijon. He is 41 years old, married, and the father of the five children. Alijon is hard-working and lives in Khuroson.

He has been working in animal husbandry for more than eight years. He has a large barn. He manages well working alone. Alijon purchases livestock and fattens them for a specified period of time, after which he sells them at the cattle market.

He now hopes to purchase several young calves. Purchasing the calves requires a certain amount of money, and for this reason Alijon is requesting a loan.