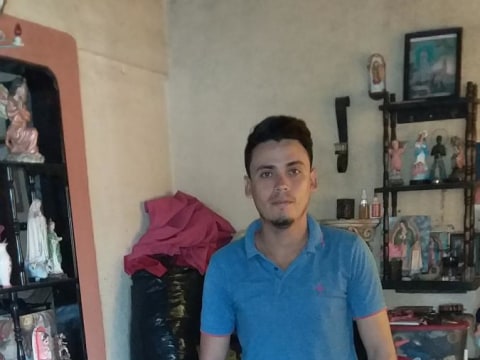 Roger Israel's loan finished fundraising, but these other borrowers need your support

23-year old Roger is married and is responsible for one other person. He is known for being an honourable, helpful, responsible and hardworking person. Everyone is the neighbourhood knows him to be a young man devoted to his family.

For two years Roger has earned his living selling basic grains wholesale as well as rice, beans, sugar, oil, flour and maize. His grandparents always help him with his business.

He has once again approached Micrédito and Kiva for a loan with which he plans to buy rice, beans, oil, Maseca corn flour, milk, wheat, maize, and pasta. Some time has passed since his uncle left him in charge of the business, and he wishes to add other kinds of products. In the not too distant future Roger wants to have his own spot in the local market. He also wishes to add new delivery routes.