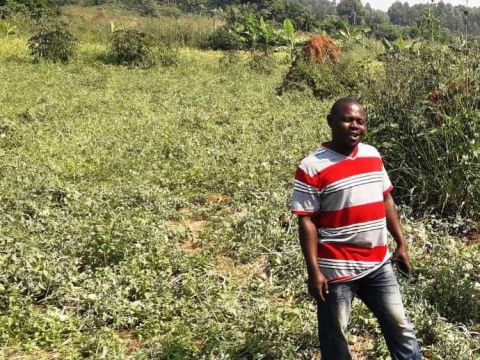 Henry's loan finished fundraising, but these other borrowers need your support

A loan helped to buy fertilizer for his farm to improve yields.

Henry is a proud father of five children. He is often described as a very hardworking individual.

Henry has noticed that, since he joined UGAFODE, he has been able to consistently feed his family and meet their other needs. Henry described his harvest as good last year, but he believes he can have a better one this year by continuing to work with UGAFODE Microfinance.

Henry believes he can have a better harvest this year by continuing to apply farm inputs to his garden. He will use the loan to buy fertilizers and pesticides for his tomato plantation. The proceeds from the sale of tomatoes will cater to the family's needs.