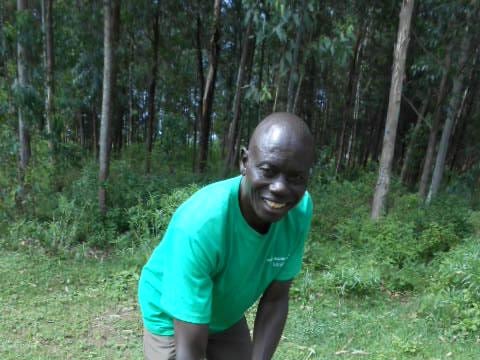 Clement's Group's loan finished fundraising, but these other borrowers need your support

A loan helped to gain access to cost efficient hybrid seed and fertilizer to cultivate maize.

This season is not the first one that Clement is working alongside One Acre Fund. He has been a member for a few years now, having joined the program in 2019. Although Clement is the only person featured in this picture, he is representing his nine-person group of farmers in the Teso District, Kenya. He is often described by his community as a very trustworthy person. Clement decided to be the one to represent his group because he likes being a leader. Like many of his fellow farmers, Clement decided he wanted to be part of the One Acre Fund community in order to earn enough money to send his children to school.

Clement is requesting a loan to gain access to cost efficient hybrid seed and fertilizer to cultivate maize. This loan will not only help Clement but his entire group, who will receive maize seed and fertilizer to plant a total of 3.5 acres of land. Along with sending his children to school, Clement will use the profits from this year’s harvest to buy a goat.