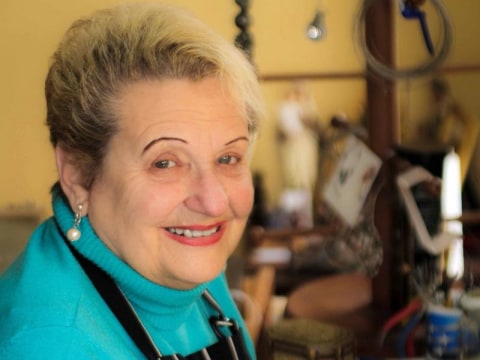 Lily's loan finished fundraising, but these other borrowers need your support

A loan helped to invest in a bulk purchase of silver.

Lily, who works alongside her daughter, Sandra, is an artist from Peru who specializes in silver jewelry. She would like to invest in a bulk purchase of silver.

Lily has been selling through NOVICA since 2004. This is her story:

Lily and Sandra are a mother and daughter team from Peru. It all began as a game, when Sandra's little boy was sent to fine psychomotor therapy. They both became immersed in the manual training and realized that if they let their imagination run wild they could create original works of art.

"We're kicking off the new year with new goals and projects. I will use this loan to buy raw silver. Thanks!"

Use the link below to view Lily's silver jewelry on the NOVICA site:
http://www.novica.com/kiva/4395/