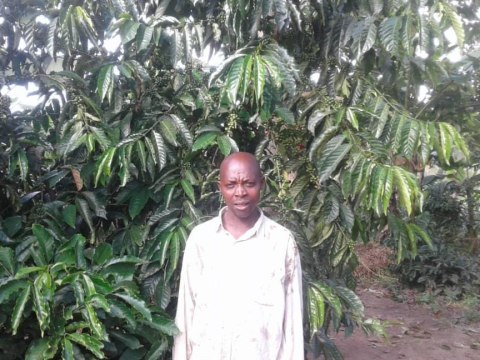 A loan helped to buy more bags of coffee to sell.

Wellen is again requesting a loan to buy more bags of coffee to sell, unlike the previous loan he used to buy manure and pesticides and pay workers to weed his coffee plantation. He is a married man with children, whereby the entire family depends on farming and produce buying for income generation.

With the previous loan proceeds, Wellen used profits to repay the loan, as well as paying school fees for the children. Since now it is the season for coffee, he wants to get involved in coffee buying and selling in order to raise income, only that his capital is not yet enough. Hence, he is requesting another loan. He says thanks for the Kiva loan which was given to him through Hofokam Limited and will be happy if his request is honored.