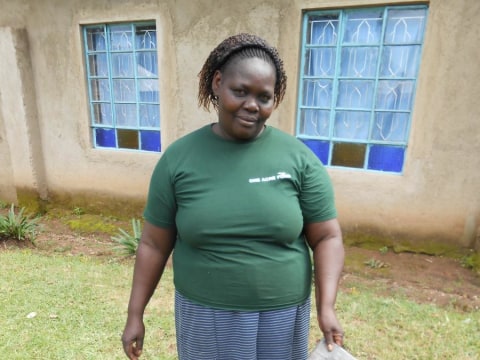 Pictured is Ruth who, as group leader, is representing her group formed by 10 farmers in Kakamega B (North) district, Kenya. She is a mother to six children and is known by her community as a very reliable person.