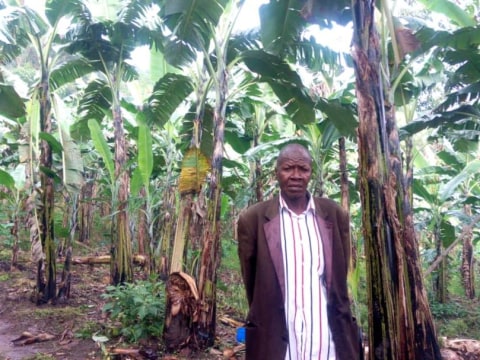 A loan helped to purchase manure.

From the incomes of tea, he has been able to educate his children and buy more pieces of land.

He joined UGAFODE in 2013 when it was giving loans in groups only and currently has a loan of UGX 2,000,000, which he intends to use to purchase manure and to lease a tea garden so that he can expand his tea supply capacity.

He hopes to be one of the best tea farmers in the area in the next three to five years, since land is available for expansion.