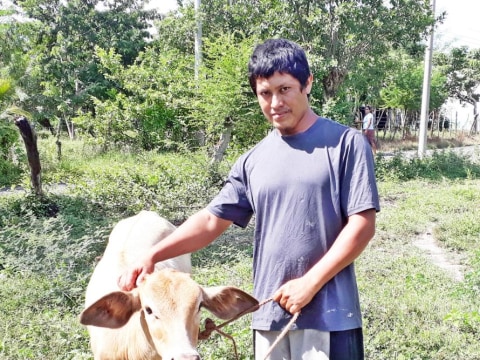 José Francis's loan finished fundraising, but these other borrowers need your support

A loan helped to buy cattle to raise and sell.

José is 32 years old. He did not have the opportunity to attend school due to his family's precarious financial situation. He is in a relationship, and his partner works in the home. He has no children.

José raises cattle. It's an occupation he learned as a child from his parents, who used to take him to work, where he milked the cows. He also works in agriculture and digs wells.

He is requesting a loan to buy cattle to raise for subsequent sale. José dreams of buying more cattle. He'd also like to add on to his home.