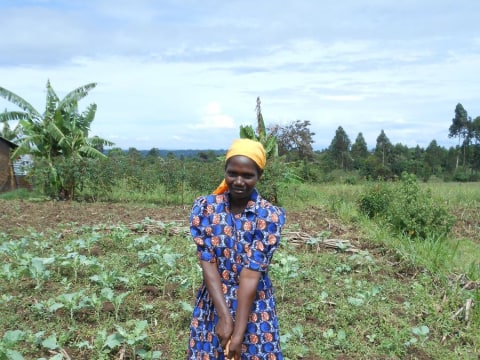 Phoebe's Group's loan finished fundraising, but these other borrowers need your support

Pictured above is Phoebe, often described as an extremely experienced farmer. She is 37 years old and has 9 children. As a group leader, she is representing her group of 9 farmers in Kakamega B (North) District, Kenya. Phoebe is returning this season to work with One Acre Fund again as this means that she is able to get the best quality fertilizer and hybrid seeds, which is why she decided to join in the first place. Phoebe says that she is happy to have made that decision because, since she first joined in 2017, she has been able to consistently feed her family, which has improved her day-to-day life significantly. Phoebe will use the profits from this season to send her children to school. The group will use this loan to purchase seeds and fertilizer to plant a total of 6 acres. Given that some members of the group will also be purchasing a solar light, with this loan, the group will also receive a total of 3 solar lights.