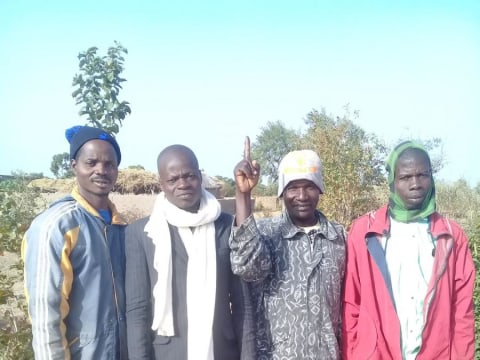 Wuyece Group's loan finished fundraising, but these other borrowers need your support

A loan helped to raise sheep and goats to sell.

Amidou is the one with his hand raised in the photo. A Malian, he is 50 and the married father of four children (two sons and two daughters) of whom one is in school. His wife does commerce in peanuts. For 23 years, he has been raising sheep, but he is often confronted with livestock deaths and high fodder prices.

He turns to RMCR to increase his income. From his sales, he can earn a projected 60,000 francs every seven months. He is planning to have many head of cattle and to build in town.