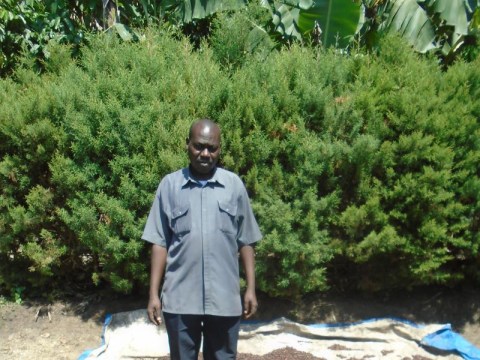 Edward's loan finished fundraising, but these other borrowers need your support

A loan helped To buy more coffee, and trade it for more profits.

Edward, 34, lives in Rukungiri with his wife, and six children. He is a primary school teacher by profession. However, due to the small salary, he could not meet his family's needs, and so he decided to start farming activities instead. He grows both bananas and coffee, and also trades coffee to supplement the earnings. Edward has approached UGAFODE for a loan of 3,000,000 UGX to invest more in coffee trade by buying more coffee and trade it for more profits, since the market is so stable and the prices are attractive. Edward is a hard-working man and so positive about his work in coffee trade. He hopes for the best, and he appreciates the lenders for always supporting low-income earners like him.