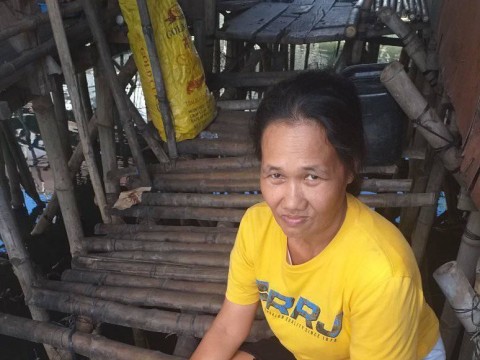 A loan helped to buy fishing nets and bamboo stakes to expand her mussels plots.

Jasmin is thankful for the loan extended to her by Kiva and Kiva lenders. This enabled her to buy materials needed to repair her mussels cultivation plots. Jasmin was able to harvest well and paid back her loan on time.

As she has also began expanding her plots, Jasmin is in need of additional bamboos and nets. She is now requesting another loan of PhP 14,000 to buy fishing nets and bamboo stakes to expand her mussels plots. Jasmin looks forward to an increased yield during harvest and commits to pay back her loan as she diligently did during her first Kiva loan.