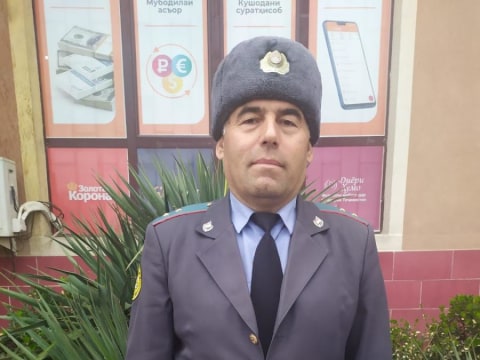 Rahmatullo's loan finished fundraising, but these other borrowers need your support

A loan helped to pay for his son's tuition to continue his studies at university.

Rahmatullo is a native of the northern city of Rudaki. He is 52 years old. He lives in Rudaki with his wife and children. He works in a military structure. Rahmatullo has been providing for his family through this work for eight years.

The younger son studies. Last year he entered the Polytechnic Institute of Tajikistan and has been studying diligently for two years already. This year, because of a lack of funds, Rahmatullo could not pay for his son's studies at university. He is in a dire situation, since he has no one to turn to. Therefore, Rahmatullo has decided to take out a loan in order to resolve this issue.

Dear Kiva creditors, Rahmatullo is in serious need of your help! He will be deeply grateful to you if you give his son a chance to continue his studies!