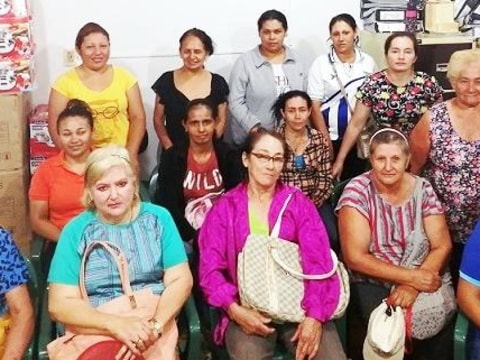 A loan helped to buy awnings, fabrics, and wires to improve the infrastructure of her chicken coop and expand the orchard she has.

The group called Kuña Aty Santa Ana is a committee that's on its fourth cycle. These are entrepreneurial women who are capable of getting ahead, overcoming obstacles that prevent themselves, and it's for this reason that they work hard.

One of these is Teodora who sells horticulture products. She also raises chickens and pigs that she later sells. She says that she has a modest chicken coop and pen where she raises her animals. Although her work is modest, she is proud of what she does. In this way, she generates the means to be able to help her loved ones get ahead.

She is asking for this loan to be able to buy awnings, fabric, and wire to improve the infrastructure of her chicken coop and expand her orchard.