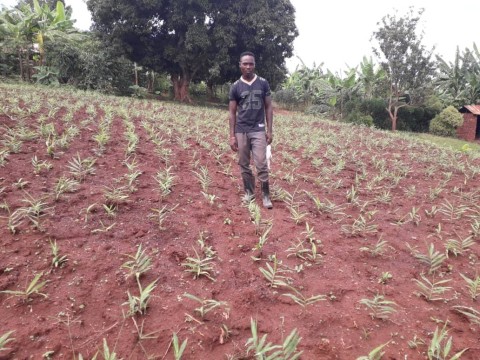 Edward's loan finished fundraising, but these other borrowers need your support

A loan helped to buy fertilizers for his ginger farm to boost his yields.

Edward is married with one child. He grows ginger and other seasonal crops in Mpigi district as his main source of income. He has been in the agriculture business for years, and he says that the business has been making profits which he has been using to support his family financially, including paying school fees for his children. He has applied for a loan facility of 1,500,000 UGX to buy fertilizers for his ginger plantation so that he will boost his yields. His future plan is agriculture on a large scale. He thanks Kiva lenders for the funding.