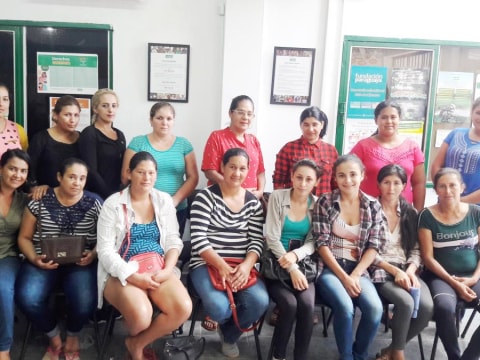 San Isidro Group's loan finished fundraising, but these other borrowers need your support

A loan helped to buy dyes, creams, shampoo, rinses, and other products.

This group is named San Isidro, and it formed in the Curuguaty zone, which is a somewhat dangerous area. That is to say, it is a sensitive area due to the social conflict taking place because of the presence of dangerous groups. They say that they are fighting to provide better living conditions for their families.

Emilce is one of the members of the group. She has a salon where she works every day. She work to generate income so as to be able to cover her family's necessities. She is a tenacious person who does not give up and is looking for a way to better herself. She is thankful for the opportunity they've all received to reach their goals and desires.

She is asking for this loan to buy supplies for her salon, such as dyes, creams, shampoos, rinses, and other products so as to be able to continue providing services as she has been.