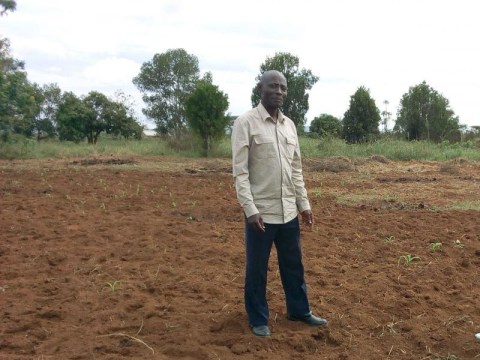 Paulo's loan finished fundraising, but these other borrowers need your support

A loan helped to buy seeds and manure for his farm.

Paulo is a resident of Sembabule district. He is a married man with four children. Paulo applied for 3,000,000 UGX from UGAFODE to add manure to his plantation and to buy maize seeds and beans to plant this season.

Paulo believes he has gained a lot from farming. Farming has allowed him to pay his children's school fees and to sustain his family. Paulo also creates jobs for his workers at the plantations, and many farmers have learned from him the benefits of using manure. He thanks Kiva partners for the support they are giving to rural farmers like him.