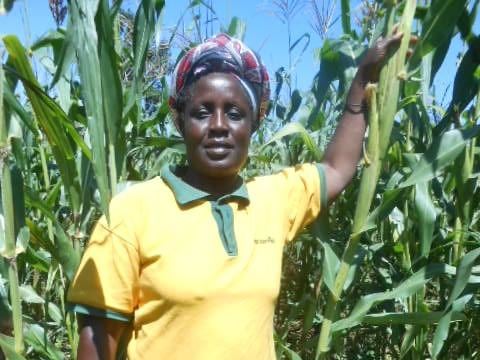 Phoebe's Group's loan finished fundraising, but these other borrowers need your support

Phoebe is 51 years old and has four children. She has been a farmer for 20 years and is always said to be a very hardworking individual. Even though Phoebe is the only one featured in the above picture she is actually representing her group of 10 farmers in Alego District, Kenya.

Phoebe’s Group will receive farming inputs to plant a total of 3.5 acres of land.