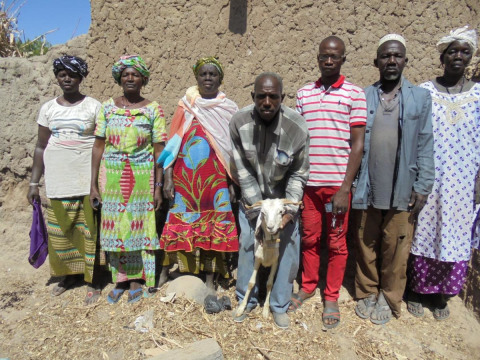 A loan helped to purchase rams to resell in order to provide for the needs of their children.

Tiemoko dit Bom is the one who has the ram by its horn in the photo. He is a 45-year-old Malian farmer. He is married, and he is father to nine children between the ages of 1 and 17 years old. Seven of his children are educated. His wife is a housewife. He is illiterate, and he fattens rams. He's been doing this for four years. He gets his supplies from the local markets and resells in the same markets. The profits he makes allow him to care for his family. Tiemoko dit Bom is appealing to RMCR to develop his business by increasing his turnover, with an end to develop his community. With RMCR, he is very happy because he no longer has any problems with financing for his business.