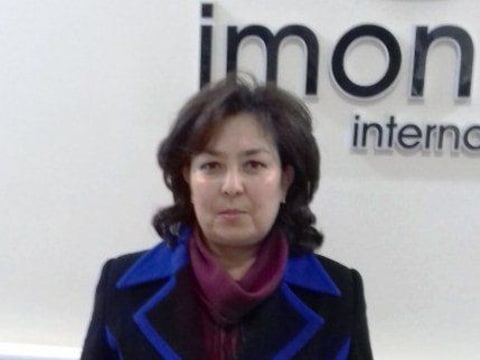 A loan helped to pay her daughter’s tuition at the Medical Institute.

The woman in this photo is Manzura. She is a very kind and responsible woman. She is 50 years old and married with two children. Manzura is a businesswoman. She engages in buying and selling women’s clothing. Manzura has been working for years and has a lot of experience. Her husband's income is small.

Manzura's daughter is studying at the Medical Institute abroad. As Manzura is a highly educated person; she takes care of her children’s education. However, Manzura lacks the financial means to pay her daughter's university tuition because she spent her savings on her daughter's apartment arrangements, clothes and food. Manzura wants to see her daughter become a doctor. Her daughter is a first-year student.

Manzura is asking for a loan of 12,000 TJS to pay her daughter's university tuition. She is a repeat client and has a positive credit history. This is her fifth loan through Kiva’s field partner, IMON.