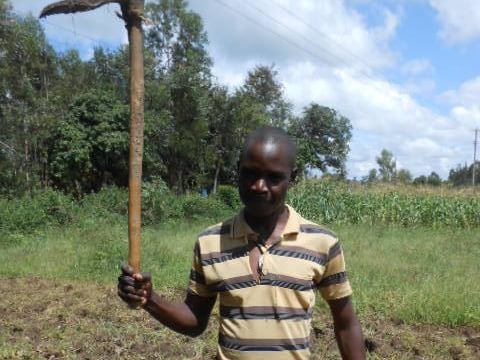 A loan helped to purchase hybrid seeds and fertilizer to improve his group's maize harvest.

Bill is 31 years old and has two children. He has been a farmer for five years and is always said to be a very hardworking individual. Bill, pictured above, represents his group formed by seven farmers in Teso District, Kenya.

Bill’s Group will receive farming inputs to plant a total of 3 acres of land. Additionally, a farmer in the group will purchase a solar light.