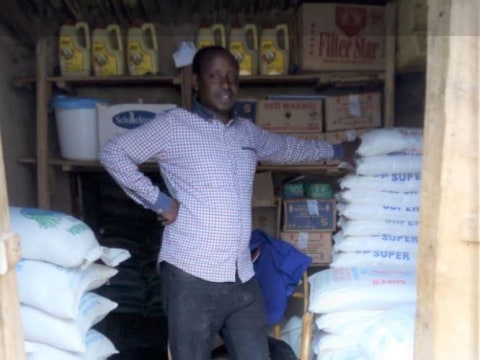 Charles's loan finished fundraising, but these other borrowers need your support

A loan helped to purchase more inventory for his shop.

Charles is an entrepreneur that owns a grocery shop in a refugee camp in Rwanda. He is originally from Burundi, but he fled to Rwanda in 2017 because of political instabilities and mass killings that rocked the nation.

Charles was able to open a grocery shop that has grown over the years, and now he supports his family of 6 with revenue from the store.

Charles successfully repaid his first loan, which helped him to expand his business by adding products to sell, such as oil in jerrycans. In addition, he opened a bulk stock room for products such as rice, beans, and flour.

Charles is requesting another loan as working capital to be able to purchase more stock in bulk to decrease his expenses, and generate more business profit.