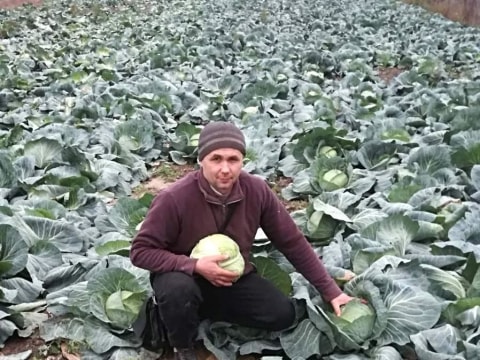 A loan helped to buy potato seeds for planting.

Nicolae is a 42-year-old farmer from Gradiste village of the Cimislia region of Moldova. He is married and has two children. Both his children are currently studying. Nicolae grows vegetables and sells the produce to sustain his family expenses. A big part of his income goes in paying for his children's education. Nicolae works very hard to meet his family's needs. His wife also helps him to manage the farm.

Nicolae cultivates 0.72 hectare of agricultural land on which he grows potato, cabbage, and other vegetables in the greenhouse. He sells the harvest in the open-air market of Cimislia town. He already has a lot of customers who buy vegetables from him, because his products are organic and healthy. Nicolae wants to buy potato seeds to plant them in spring. He has requested a loan from Kiva. He expects to develop his business further and pay for his children’s education.