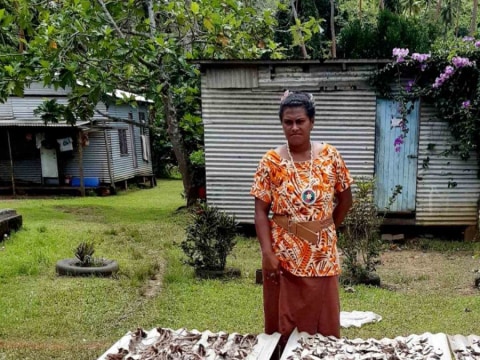 A loan helped to build a mini shed for her kava business.

Mere of Koronatoga has invested in her kava business. Kava is a relaxing drink for many Pacific Islanders. Due to popular demand, she wants to expand her business by building a compartment outside her home. Moreover, she will add confectionary goods since it a complementary snack that is usually eaten after drinking kava. Mere is also willing to go extra by ending her sales of the day at midnight to bring more customers.