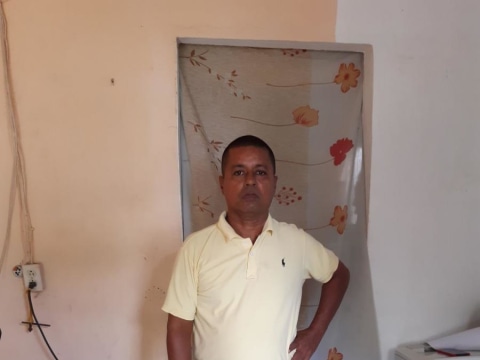 Álvaro Enrique's loan finished fundraising, but these other borrowers need your support

A loan helped to invest in the purchase of an electric router and raw material such as wood, aluminum, metal, and metallic structures.

Alvaro Enrique is a 62-year-old businessman who lives with his family in the city of Barranquilla. He has as his commercial occupation the making, repairing and assembling of domestic and office furniture and equipment, such as entertainment centers, built-in kitchens, wardrobes, and desks. He has carried out this work independently for more than 15 years. He previously worked for more than 15 years in the industry, perfecting his technique.

Alvaro Enrique arrived in Barranquilla with his parents more than 60 years ago. Initially, they sold recycled goods such as metal, copper and cardboard. Little by little, his father learned other trades, and got into carpentry and cabinet-making, with which he was successful in achieving economic stability for his family.

This entrepreneur was a dedicated student of his father's work. He added other skills, with which he was able to get employment with businesses in the area and so he had accumulated more than 20 years of experience before going out on his own. His business is his principal source of income and it has allowed him to have economic stability.

Alvaro Enrique is currently applying for his first Kiva loan through the Fundacion Mario Santo Domingo. He will invest the loan in the purchase of an electric router and raw material such as wood, aluminum, metal, and metallic structures. Support him in this business loan. It will be a success.