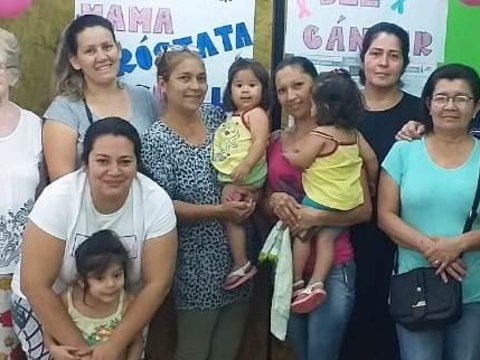 14 De Octubre Group's loan finished fundraising, but these other borrowers need your support

A loan helped to buy nail files, clippers, nail polishes and other products.

The group called 14 de Octubre was formed through the union of friends and neighbors of the city of Asunción. They set the goal of growing, both financially and personally. They are part of the poverty elimination program.

One of the members is Fatima, who works as a manicurist. She says that thanks to this job, she’s able to help her family and tries to give them a better quality of life. She stands out among the members of the group due to her enthusiasm and her wish to succeed. She’s grateful for the opportunity of being part of this group since it will be of great help.

She’s requesting this loan to buy nail files, clippers, nail polishes and other products that she needs in order to continue with her work.

The children that appear in the picture are the daughters of members of the committee signing this loan.