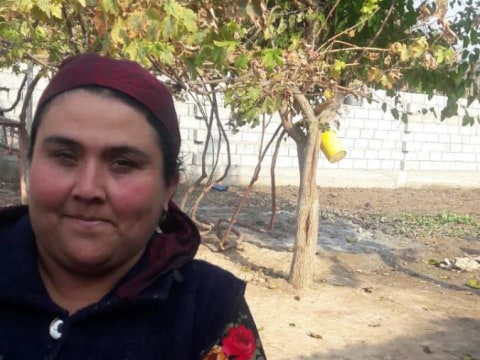 A loan helped to purchase a new sewing machine.

Sitoramo is a 33 year old resident of the Vose region. She is married and is the mother of 5 children. Her husband is a foreman who repairs houses. Sitoramo is a talented and quick woman. She works by sewing women's clothing.

Sitoramo sews women's clothing in the national style and in other varieties. She likes to cut and sew. Sitoramo's oldest daughter also knows how to cut and sew. She decided that after she got married she would work as a seamstress.