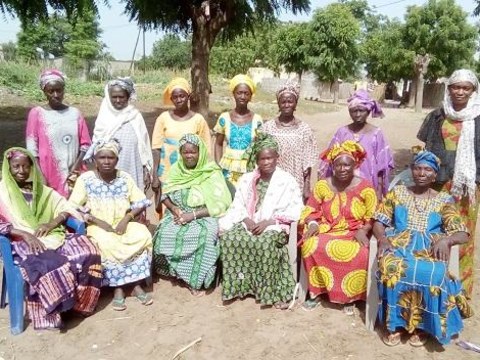 04_Ndoffene Group's loan finished fundraising, but these other borrowers need your support

A loan helped to purchase linens, pagnes (dyed fabric for wrapping), and soaps.

This group, created in December, 2007, is formed of women in solidarity who are active in trade and the raising of animals.

MARIETOU, standing at the right of the photo with her hand raised, is 35-years-old, married, and the mother of four children. She is the representative of the group. She keeps herself busy with the sale of linens, traditional pagnes, but also soap.

She plans to purchase linens, pairs of pagnes, and pots of soap in order to resell them retail in a city near her locality.

With the profits that she is going to earn, she plans to pay for the school fees for her children, but also to reinvest in her business.