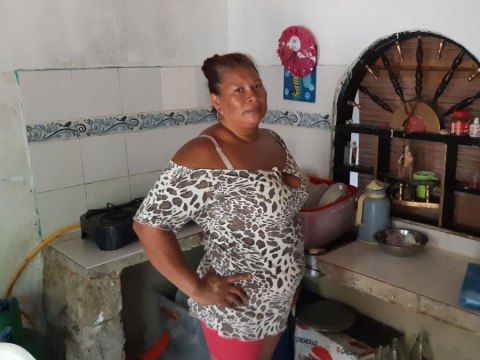 Mayaris's loan finished fundraising, but these other borrowers need your support

A loan helped to buy fish.

Mayaris Suárez is an enterprising woman with more than 10 years' experience in the commercial activity of selling fish, shrimp, prawns, and other seafood products. She learned the trade from other colleagues, selling her products door to door. Little by little, she expanded her clientele, specializing in distributing in larger quantities to restaurants and hotels in the center of town. She has been able to contribute to her family's budget working Monday through Sunday, and she is now seeing the results of her sacrifice. She is in a common law marriage, and from that relationship has 2 sons and a daughter. Although she has lived in Puerto Colombia since she was a child, her parents were displaced to this municipality after they were forced to leave the relative stability they had on land in the department of Córdoba, where they were farmers. Upon arrival in the department of Atlántico, they worked as employees in different jobs. Mayaris did other trades to find a way to survive, selling fish. Now she has lived in the family home for 15 years. Mayaris is taking out her first Kiva loan through the Fundación Mario Santo Domingo. She will use the money to expand her purchases and stock up on merchandise during the coming months, when fishing activity goes down considerably. Support her in her business loan, it will be a success.