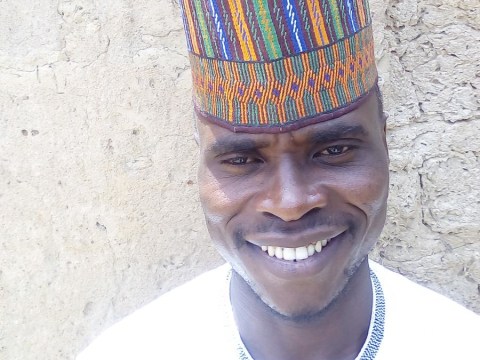 Tukur's loan finished fundraising, but these other borrowers need your support

A loan helped increase his crop's profitability in order to pay his children's school fees.

Tukur is married and lives with his family in a remote village in the northern Nigerian state of Kaduna. Tukur is a hardworking maize farmer, who works on his farm every day.

This harvest season, Tukur will receive a cash advance, known as a harvest advance loan, which is equal to the value of his maize at harvest. It allows him to meet the costs of pressing needs like paying school fees. Furthermore, Tukur will get crucial harvest support including renting a threshing machine, which will eliminate the common practice of using family labor. This will save him and his family 30 hours of manual labour per 100kg bag of maize, allowing more time for studying for his children.

Babban Gona will also support Tukur by storing the harvested maize to sell later in the year. Now, Tukur does not have to forfeit making a profit by selling his maize at low harvest prices. With his loan, Tukur will be able to pay his children's tuition for a higher quality education in order to secure high-paying jobs in the future.