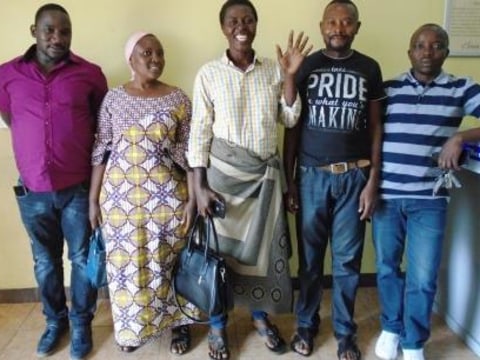 Merdi Group's loan finished fundraising, but these other borrowers need your support

A loan helped to stock up with two cows to sell meat in her butcher's shop and boost her initial capital.

Fabiola is a customer of IMF Hekima and president of the "Merdi" solidarity group. She is 41 years old, married and mother to ten children, nine of whom are at school and the tenth is younger. Her partner is a driver.

She sells meat in her butcher's shop and began this business six months ago with capital received from her husband. Later on she joined the Hekima program to support her business, which has progressed during this time.

With this new loan she is going to get two cows so she can sell the meat in her butcher's shop, and this will boost her initial capital. She would like to finish building her house and open a transport agency.

Finally, she would like to thank Hekima and its partners for the support they provide to business owners who cannot access bank funding.