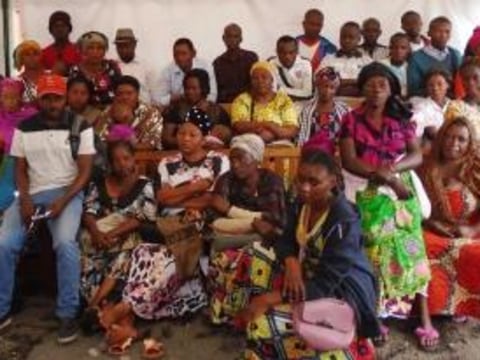 Esther Lisanga Group's loan finished fundraising, but these other borrowers need your support

A loan helped to get supplies of hair extensions and plants, which will strengthen her initial capital.

Yvone is a customer of Hekima IMF and president of the "Esther Lisanga' village group. She is 41 years old, married and mother to eight children, six of whom are at school while the other two are younger. Her partner is a hairdresser.

She sells plants and hair extensions, and also does braiding in her salon. She began this business 17 years ago with starting capital received from her husband. Later on she joined the Hekima program to support her business, which she has built up progressively since.

With this new loan she is going to get fresh supplies of hair extensions and plants, which will strengthen her initial capital. The challenge in her business relates to customers who do not pay up correctly. She would like her children to be able to school and also to be able to feed them. Finally, she thanks Hekima and its partners for the support they provide to business owners who do not have access to bank funding.