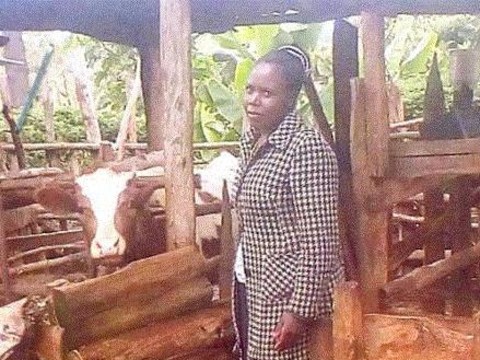 A loan helped to buy quality farming inputs such as certified seeds and nutrient-rich fertilizers, to improve her production and help a resourceful mother to educate her children.

Esther is a one in a million mother who has a captivating smile and a kind heart. She lives in the Nyahururu area of Kenya.


Esther, a resourceful mother, earned her knowledge in farming from her parents. She is determined to pass on this knowledge to her fellow villagers in the Nyahururu region. The results of her determination are the smiling faces of her children when they wake up early every day to go to school. Through experience based on curiosity and her natural abilities, Esther has come to emerge as one of the most respected farmers in her village.


As the population in Nyahururu continues to grow, demand for primary crops has increased dramatically. To boost production and reduce the number of people who consistently go hungry, there is a need to use modern farming technologies, such as modern farming inputs. As the world is becoming more focused on improved fertilizers and seeds, Esther has not been left behind.


Esther has taken this loan to buy quality farming inputs, such as certified seeds and nutrient-rich fertilizers, which she plans to use on her farm. With these inputs, Esther will be assured of a good harvest, which will consequently be reflected in her pocket.


This loan will be a turning point for a resourceful mother as 2019 comes to an end.