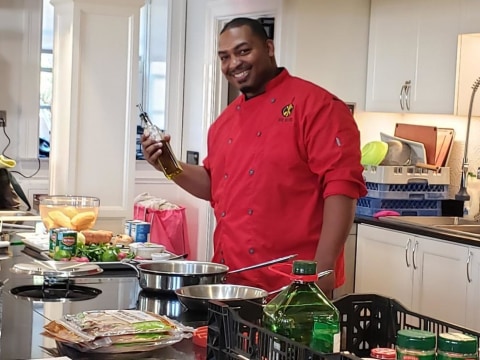 I am a New Orleans native who moved to Pittsburgh in 2014 when my wife's employer gave her an opportunity to move here. Since I worked in restaurants my whole life, I realized that I could add my own flavor to the 'Burgh through my food. I opened Roux Orleans in 2017 to bring Southern Creole flavors up North. I worked in several kitchens, including my grandmother's, over the past 20 years, perfecting knife skills and flavor profiles from some of the best chefs in Louisiana. With Roux Orleans, I am able to bring some of my home-grown passion to a new city while focusing on developing the communities around me through job creation.