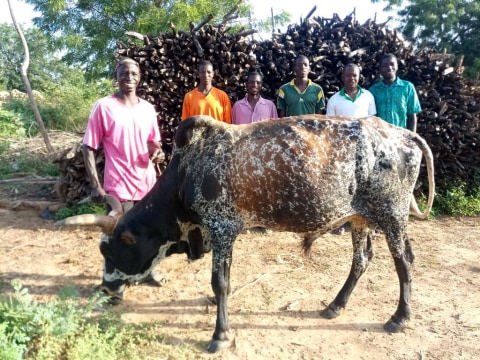 A loan helped to purchase cattle to resell to support his family.

Salifou, aged 39, is a livestock farmer. In the photo holding the cattle, he is the married father of five children, aged 6 months to 9 years, of whom two are in primary school. His wife has a small-scale business.

He turns to RMCR to increase his buying power for livestock in order to make a large profit. He buys and sells at the local fairs through cash transactions. With confidence, he earns 60,000 francs per month, and the proceeds generated allow him to cover the costs of healthcare, schooling, and clothing for his children.

He run into no problems at all, since he has really been fulfilling his responsibilities as a husband and father since partnering with RMCR.