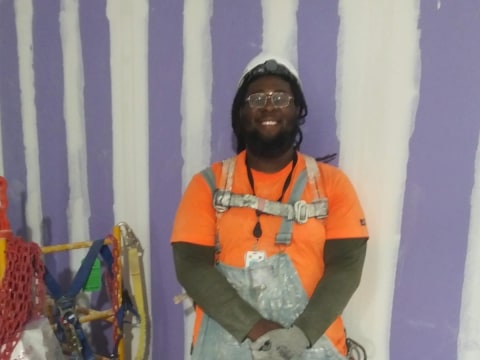 I grew up in the Hill District of Pittsburgh, PA. I love sports and entrepreneurship. I attended Schenley High School where I graduated in 2010. I went to Lackawanna College on full athletic scholarship, then I later graduated in 2013 with my first degree in Business. I then went on to obtain another degree in business from Chowan University on another full athletic scholarship. After gained 2nd degrees in business in 2016. While midway into my junior year I focused my attention on to life after college. In one of my entrepreneurship classes in 2015 I had the great opportunities to use my idea of what I wanted my business to be a class project. I did just that later on that year I got kicked out of my apartment and then out of my school losing my Scholarship just before my senior year. I got back into Chowan University I after taking my class project and bring it I created a website and a mobile app. After leaving that business I focused on Real estate and Construction I joined the local 6 Painters union then later on the local 526 cement union I have worked on the biggest project currently in America. I now am proud KML Carpenters Apprentice