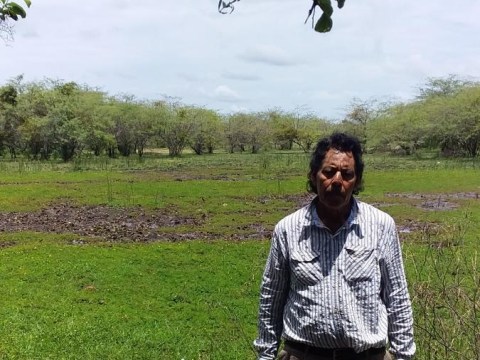 Luis Alberto's loan finished fundraising, but these other borrowers need your support

A loan helped purchase agricultural supplies, such as compost, pumps, fertilizers, and seeds.

Luis, 63, is a strong and hardened man with a desire to continue moving ahead. He has 45 years of experience growing watermelons. He is assisted by his son who has worked with him in order to get ahead. Despite adversities, they both wake up early to start working, with the hope of generating greater earnings.

Luis as sought out a loan from Kiva and MiCrédito with the goal of purchase agricultural supplies (compost, pumps, fertilizer, and seeds) to grow watermelons. These supplies will allow them to avoid causing harm to their crops, so that they can generate a good yield. In the near future, Luis would like to become a major producer and have his own vehicle with which to sell his produce.