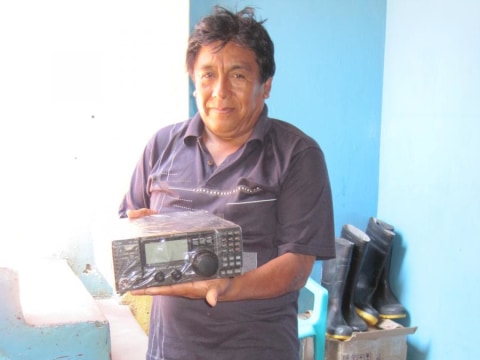 Isidro's loan finished fundraising, but these other borrowers need your support

Isidro is 53 years old, married, and lives with his wife and three children in the Santa Rosa district, an area whose economy depends principally on fishing, and which is located 25 minutes from the city of Chiclayo. Isidro has worked in fishing for 15 years, and this work has provided him with sufficient income to support his family during this time. He tells us that he had the opportunity to work in this field thanks to a small fishing boat that he and his six brothers inherited from their father. Today they all count on this boat to earn their living. They all go to sea when the weather is favorable, and they stay there for several days. The fish that they are able to catch are sold from the dock where they land to the merchants who later sell the fish in a market at that district's terminal. Isidro and his brothers have been saving some of their earnings to put toward the maintenance of their instrument of work. He hopes to make some improvements to the infrastructure of the boat in order to optimize its functionality. To do so, he has seen the necessity to request a loan of 1000 nuevos soles from Edpyme Alternativa, which would help him to achieve his goal. Isidro is a responsible person who is very knowledgable about his profession. He greatest longing is to be able to equip his boat with instruments that optimize he and his brothers' labor, including items like the radio transmitter he holds in the photo, which he just purchased.