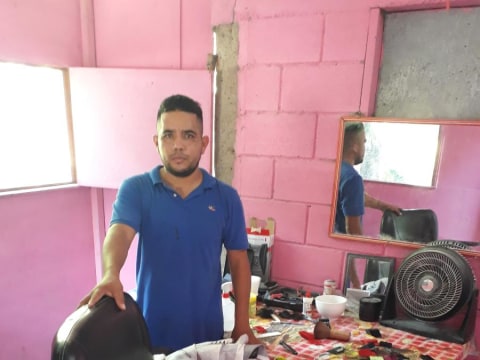 Henry Alberto's loan finished fundraising, but these other borrowers need your support

A loan helped to buy hair clippers, creams, a larger mirror, and a door for his barbershop.

Henry attended school until the 9th grade. He is married with 4 children and his parents-in-law also live with him. His wife is a homemaker and two of his children are studying.

Henry opened a barbershop two years ago, a business that he learned from some friends. His business is opened everyday, and generally he has the most customers during the weekend.

Henry will use the loan to buy hair clippers, creams, a larger mirror, and a door for his barbershop.

Henry's dream is that his children continue studying, give them the best and expand his business.